Martin Becze is a researcher at Dfinity working on a next-generation “Blockchain Operating System” called Primea – a continuation of his work on the eWASM project from his time at the Ethereum Foundation. Primea is an actor based IPC layer intended for use with WebAssembly programs.

O(1) labs is a pioneering company that uses zkSNARK technology in order to construct a cryptocurrency blockchain, called Coda, that solves the blockchain size scalability bottleneck.

Support the show, consider donating: BTC: 1CD83r9EzFinDNWwmRW4ssgCbhsM5bxXwg ETH: 0x8cdb49ca5103Ce06717C4daBBFD4857183f50935 One of the key scalability challenges with public cryptocurrency blockchains is that their size grows linearly with the number … 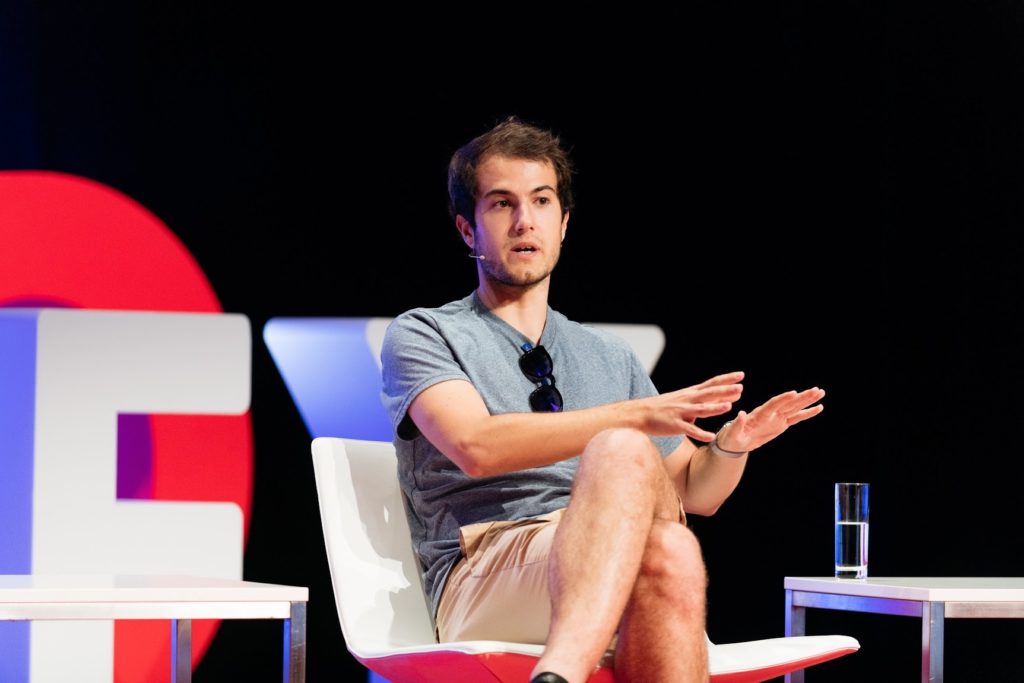 This is the first in a series of “Personal Views” – short interviews with people of interest in Crypto Valley, sharing their views, experiences and perspectives on living and working in this unique ecosystem.

Ian Simpson (CVA): How did your team come together to work on Aragon?

Luis Cuende: Aragon One, the first team working on the Aragon project, has expanded from just 2 people (Jorge and me) to 13 now, but we have always been very careful about the team members we invite to our family. Some of them were community members, some of them were in the crypto space before, and some of them are even new to the space!

As a really early stage project, what were the things you needed, the “holes” where you said “Hey – we need someone to help us on this?”

Well, most of Ethereum infrastucture is very early, so we felt that way a lot of times. However, we had to build a lot of that ourselves, hoping that other projects can use all that infrastructure instead of creating from scratch.

Why did you decide to move to Crypto Valley?

It was a mix of reasons and there’s more info at https://blog.aragon.one/aragon-zug-f4d7aaff15e1, but basically right now Aragon needs a jurisdiction where the regulators and the government makes things easy. Zug has been so welcoming and the people here understand that crypto can help Switzerland keep progressing as a society based on privacy and freedom.

One of them is the decentralization of power. Centralized power corrupts, as shown by history a lot of times. Decentralizing it out opens the door to running fairer societies all across the world. It also has benefits in the individual scale, for example allowing individuals in oppressive governments or institutions to speak up and organize themselves without being in a disadvantage with other individuals. With Aragon, a kid in Venezuela has the same tools to create value than a Stanford graduate.

You aren’t Swiss, but being here and hearing as people talk about “Crypto Nation” Switzerland – do you think this is what is needed? Or should countries and nations stay out of trying to be “the” country?

Well, I don’t think they can stay away from it. Crypto is a tool that will completely reshape society. As a part of reshaping society, they will also reshape government, commoditize it and flip the relationship with their citizens. Switzerland, and especially Zug, is very well positioned to be the crypto jurisdiction. This will obviously create jurisdictional competition with other places, but that can only lead to a race to create better governments that work for the people, and not the other way around.

Do you think blockchain technology by itself is capable of enabling fulling decentralized organizations…or does it have to be combined other systems, some centralized etc to work best?

Fully decentralized works best! Decentralization needs openness, free software, community governance… having one of those without the other doesn’t make much sense.

You made the statement at the Crypto Valley Conference that since you were born in ’95 you had no way of comparing the growth of blockchain to the internet boom – do you think this “ignorance” or lack of experience is a good thing? Does it make you free to experiment more?

I think so. We have to find a right balance between freshness and experience, but I definitely think that not having a lot of bias of how things used to be done is very positive for this revolution. Most of the times you cannot draw parallels because it’s too different.

Where will blockchain be in 5 years?

An immutable shared source of truth powered by game theory