The past week saw more action here in Crypto Valley – more so than usual.

For the third time in less than six months, Zug played host to a major blockchain event. After the successful Crypto Valley Conference in June and the equally well-attended Blockchain Summit in April, the Theatre Casino welcomed Tech Crunch and wide array of well-known names in the blockchain and crypto world.

And then there was Vitalik Buterin – along with a strong contingent of the Ethereum Foundation, one of the main catalysts behind the birth and growth of the Crypto Valley ecosystem to begin with. 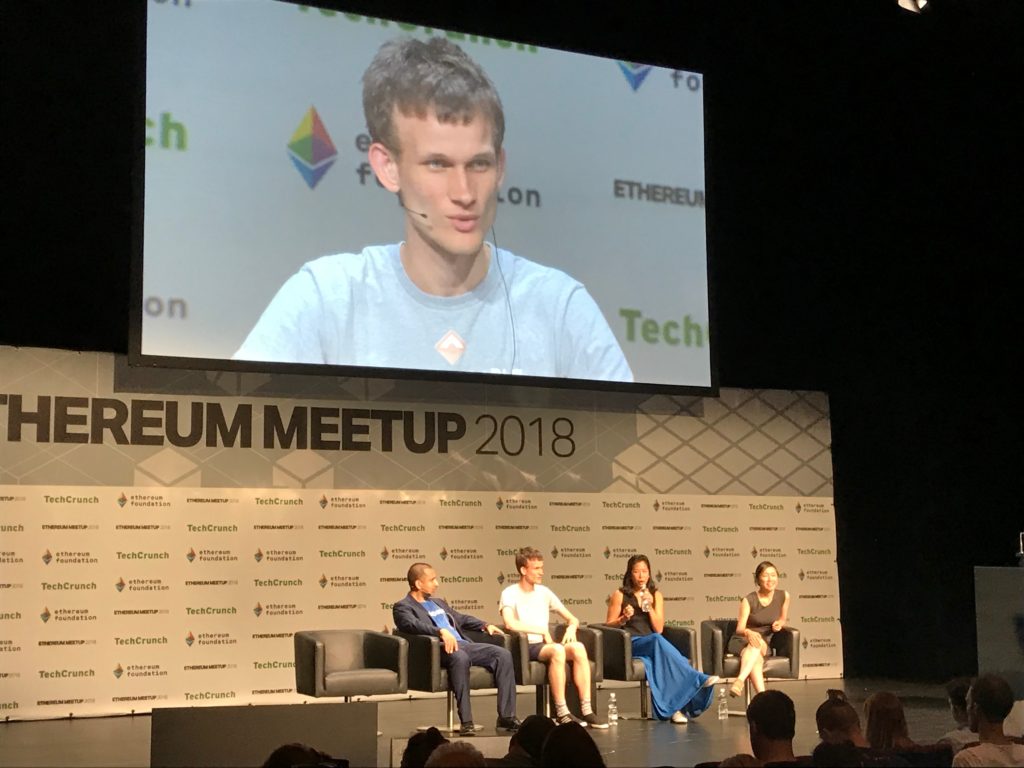 It was, of course, Vitalik who provided the highlight quote of the event by declaring, “I definitely personally hope centralised exchanges go burn in hell as much as possible.” – a comment that figured into a wider discussion about the values and challenges of running a decentralised organisation.

While the quote itself would have been a headline-grabber in and of itself, it echoed even louder coming on the same day that SIX Group, the owner and operator of Switzerland’s stock exchange announced its plans to build the SIX Digital Exchange (SDX) – a DLT-based end-to-end infrastructure for the issuance, trading and storage of digital assets, including tokenised securities.

Numerous commentators, many on Twitter, did not miss the irony of the two events happening simultaneously – nor did they miss the chance to deride the move by SIX as purely marketing.

However, the second day of the Tech Crunch gathering, which featured an Ethereum meetup hosted by the Ethereum Foundation, provided additional perspective on the centralised vs decentralised exchanges discussion.

It is reasonable, therefore, to see projects such as the SDX as inherently important to the transition to a tokenised future, given that the weight of market incumbents will be necessary to maintain an even keel and encourage adoption.

Will decentralised exchanges ultimately snuff out their centralised counterparts? It is too early to say – and the future may very well end up being a patchwork mixture of both.

Popular sentiment will be strong to support Vitalik’s wish – and to push out those who exploit centralisation for obscene gains.

And it may just be enough to take us all to a decentralised heaven.

Neha Narula, Director of the MIT’s Digital Currency Initiative, joined us to discuss the evolution of the DCI, their most important research items and the recent controversy around IOTA.