Presented by the Crypto Valley Association

Blockchain, cryptocurrencies, digital assets – new technologies are bringing new possibilities and new challenges. The Crypto Valley Association was happy to bring together some of the major names working on these issues - in Switzerland and from around the world - in a special event focused on the topic of "exchange." 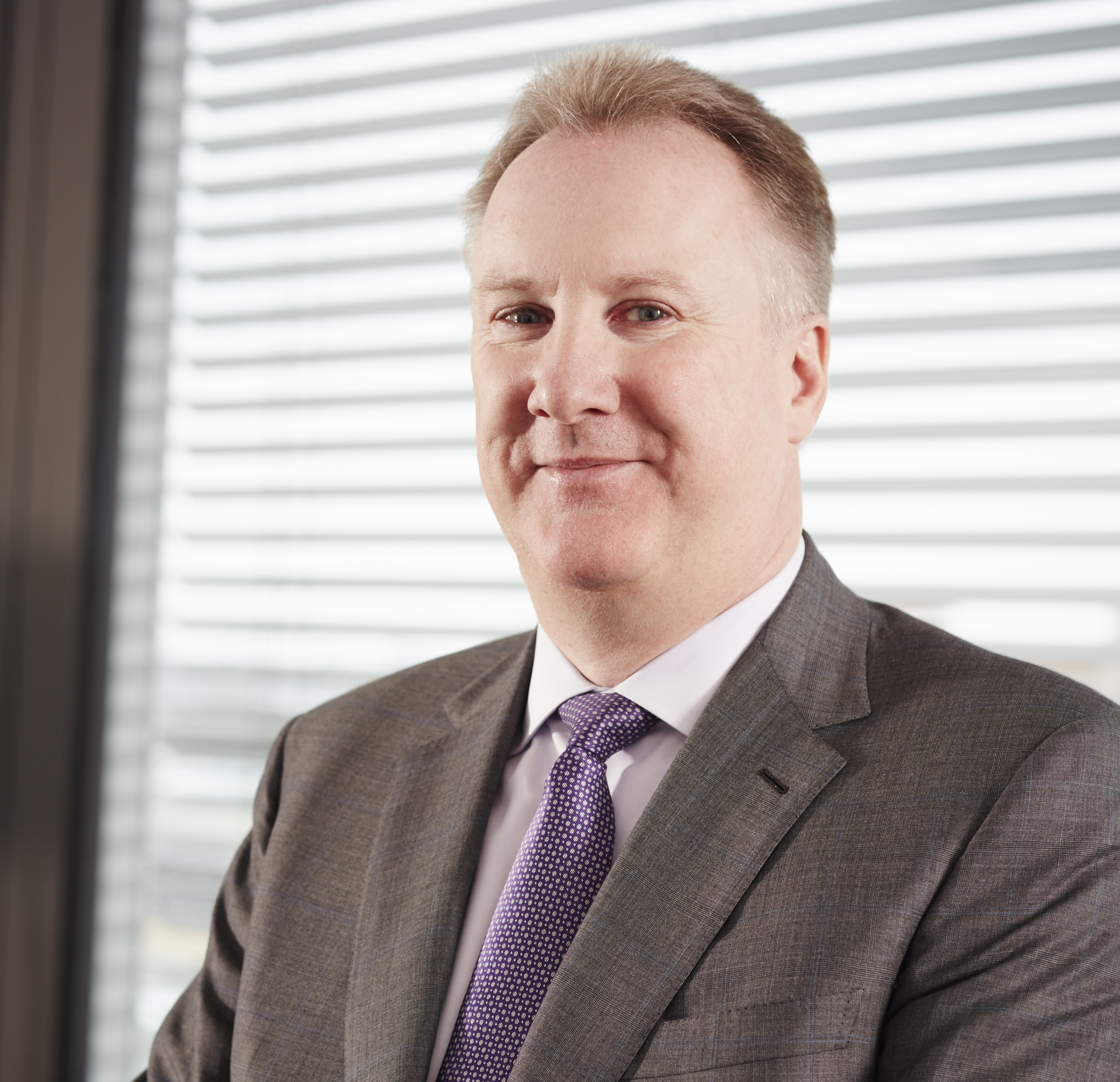 Thomas Zeeb took up his role as Head Securities & Exchanges on 1 April 2018. He has been Division CEO Securities Services since 2008 and has also been responsible for Swiss Exchange since February 2018. He joined SIX in 2008 after having worked for Clearstream Banking in London and Luxembourg. As Executive Director of Client Relations, he was a member of the company’s Executive Management and a member of the Board of Directors of Clearstream Banking Frankfurt. Placed in charge of sales, relationship management and client services, Thomas Zeeb was responsible for the development of the European and US businesses. A Canadian national, he previously held positions in companies such as the Bank of New York in London, Sim & Fed SpA in Florence and Deutsche Bank AG in Frankfurt. Over the course of his career, Thomas Zeeb has gained a wealth of experience in the post-trading sector. 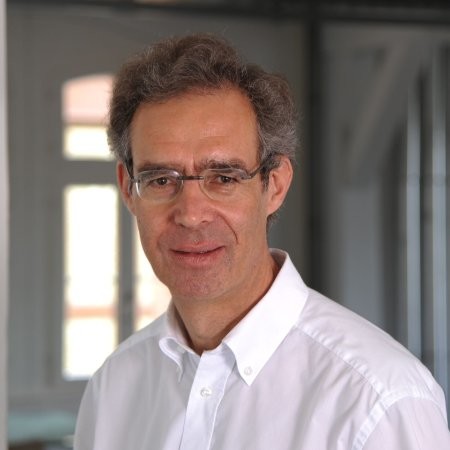 Richard is a pioneer in high frequency finance with extensive entrepreneurial experience and well known for his academic work. He was a co-founder of OANDA, a currency information company and market maker in foreign exchange. Under Richard’s stewardship as CEO of OANDA the company was a shooting star that launched the first fully automated FX trading platform offering second-by-second interest rate payments and netted 37 Mio of profits in 2007. Already at OANDA, he conceived the first trading platform with second-by-second interest payments. He is visiting professor at the Centre for Computational Finance and Economic Agents at the University of Essex.

His ambition is to transform financial markets into a seamless system without the inefficiencies that we today take for granted. The Lykke platform led by Richard Olsen enables people from around the world to trade currencies and cryptocurrencies safely and securely, without incurring fees. Users simply download a free wallet app for iOS and Android and complete an identity verification process. The company is helping to revolutionize finance by championing the use of digital tokens that can represent any type of asset. Lykke is also leveraging its exchange technology to build enterprise-scale solutions for large financial institutions. 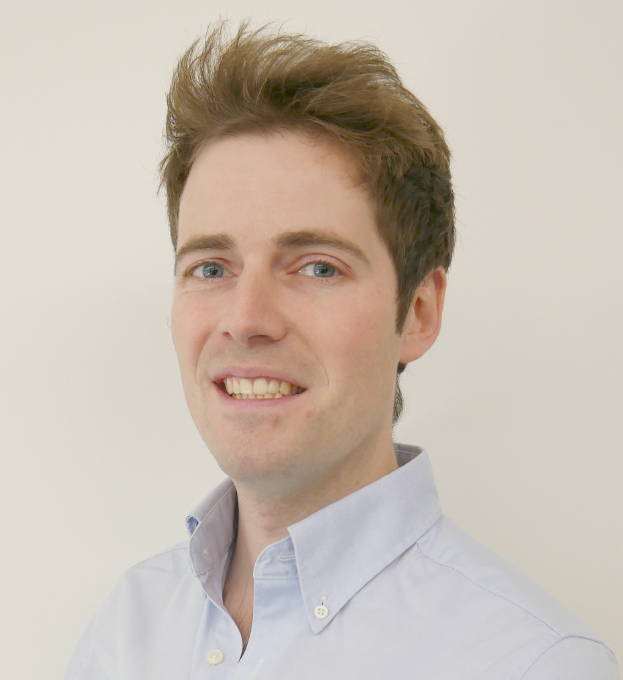 Ross Middleton is Commercial Director of Ethfinex, one of the Top 20 crypto exchanges worldwide and part of the Bitfinex group. A graduate of Cardiff University, Ross’s experience includes market analysis and commodities trading at Gazprom Market and Trading where he was a senior market analyst. 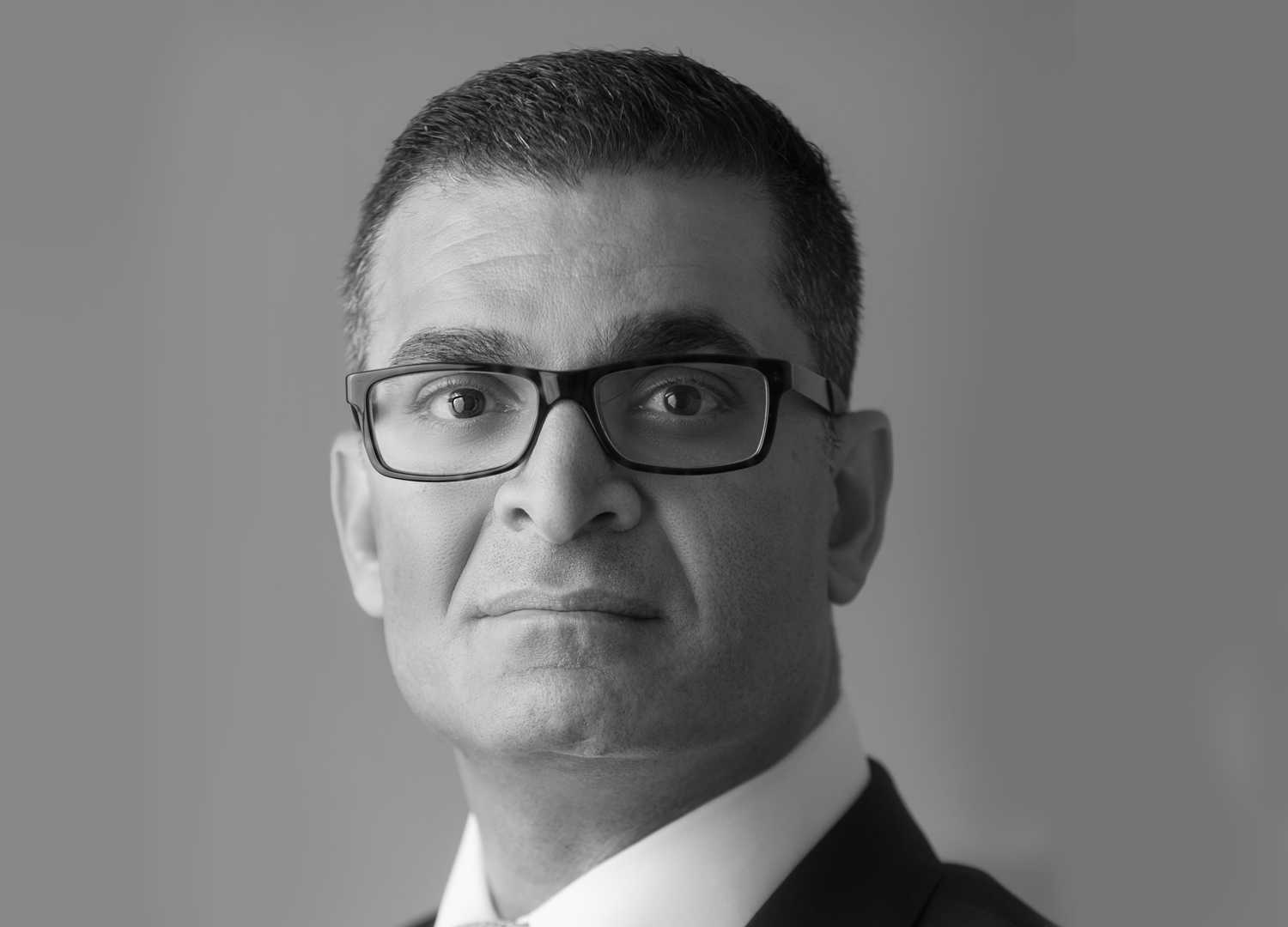 Tal Cohen joined Nasdaq in April 2016 as the Senior Vice President of North American Equities. Prior to joining Nasdaq, Cohen was the Chief Executive Officer of Chi‐X Global Holdings, LLC from 2010 to 2016. From 2008 to 2010, Cohen served as CEO of Chi‐X Americas.

Prior to joining Chi-X, Cohen held several senior leadership roles at INSTINET, including Senior Vice President of Business Development and Product Strategy as well as Co‐head of electronic trading for North America, from 1999-2008. Before joining Instinet, Cohen served as M&A Manager at American Express; building out its strategic investment portfolio. Cohen started at Arthur Andersen as an Auditor and Senior Business Advisor focused on the Financial Services and Telecom industries.

Cohen holds a B.A. from SUNY Albany, an M.B.A. from New York University’s Stern School of Business, and is a Certified Public Accountant. He also holds FINRA Series 24, 7 and 63 licenses, the CSI Partners, Directors, and Senior Officers Designation (PDO). 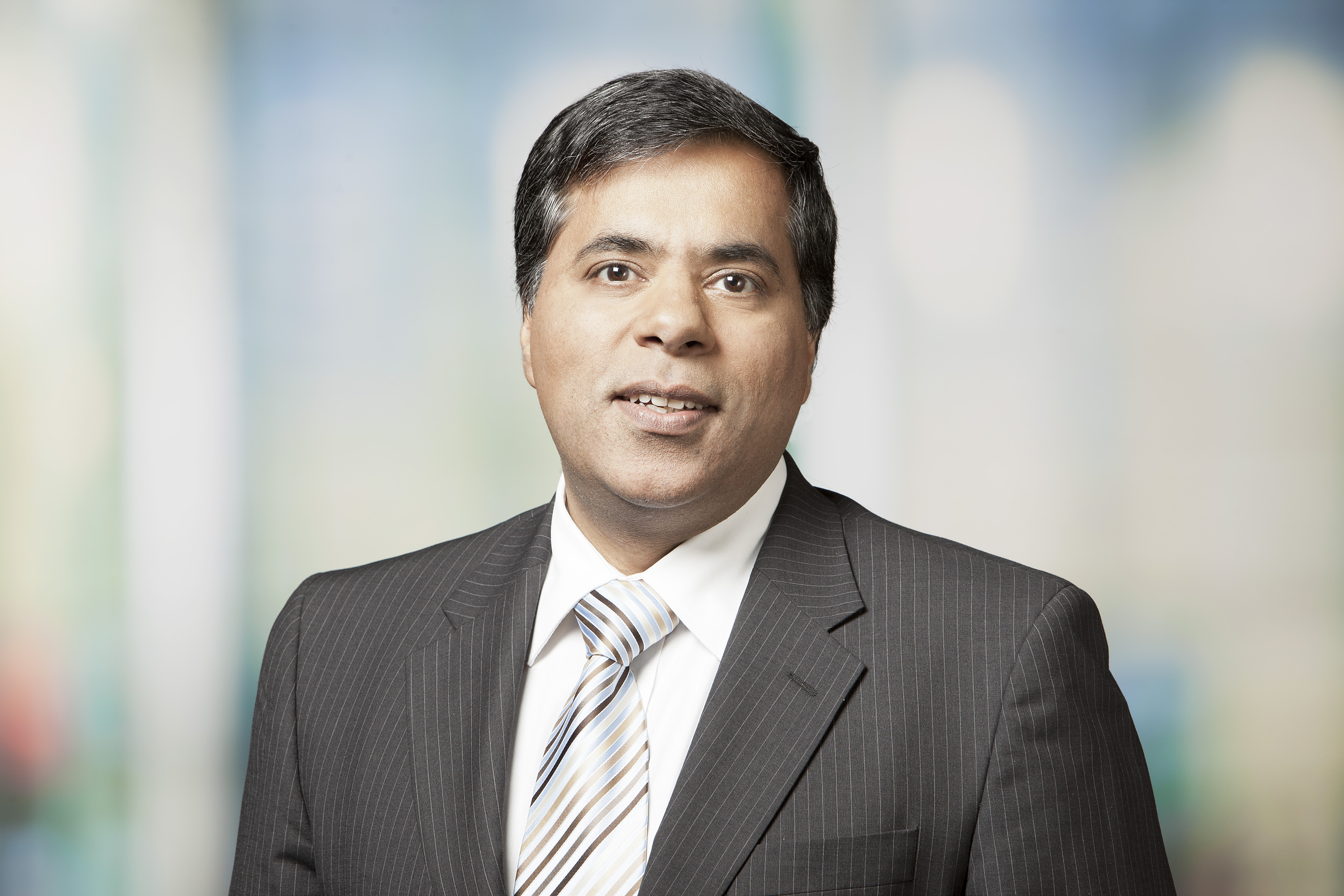 Maneesh Wadhwa, Head Innovation Field Financial Service Utility is part of the team responsible for Innovation Management. Maneesh has worked for SIX for 15 years in various roles, from “Technical Product Support” to leading “Culture Change workshops” with top management to achieve a revised culture, supporting the SIX Vision, Strategy, and Values. Maneesh has also led various new programs at SIX such as empowering employees through an innovation program as Head Innovation Management, he launched a vendor relationship management program, drove and managed the “Strategy and Innovation Committee” and the “Change the Business” Board. Before joining SIX, Maneesh has spent 12 years working at the European Centre for Particle Physics (CERN). He has a doctorate in Particle Physics from Savoie University, France. 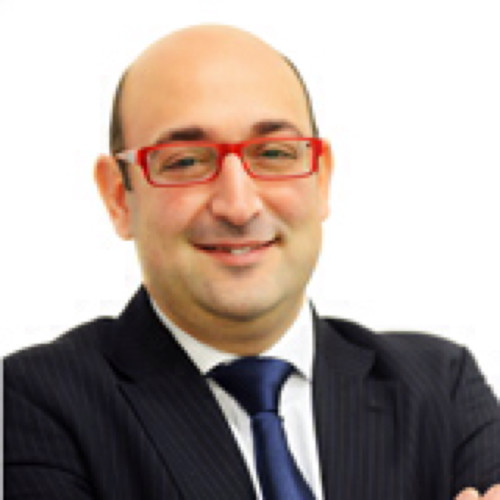 James Farrugia is the Partner spearheading GANADO Advocates’ Investment Services and Funds licensing and regulatory consultancy activities. Leveraging his extensive experience working with the local competent authority, James is able to offer clients regulatory sound insight and practical solutions throughout the licensing application process on an ongoing basis. More recently, he has been involved in assisting a number of blockchain-based projects. James regularly contributes to international journals associated with investment funds and has addressed a number of local and international conferences focusing on this sector. He also regularly lectures on investment services and investment funds at training programs organised by the Institute of Legal Studies, the Institute of Financial Services, the Malta International Training Centre and the Malta Financial Services Authority. 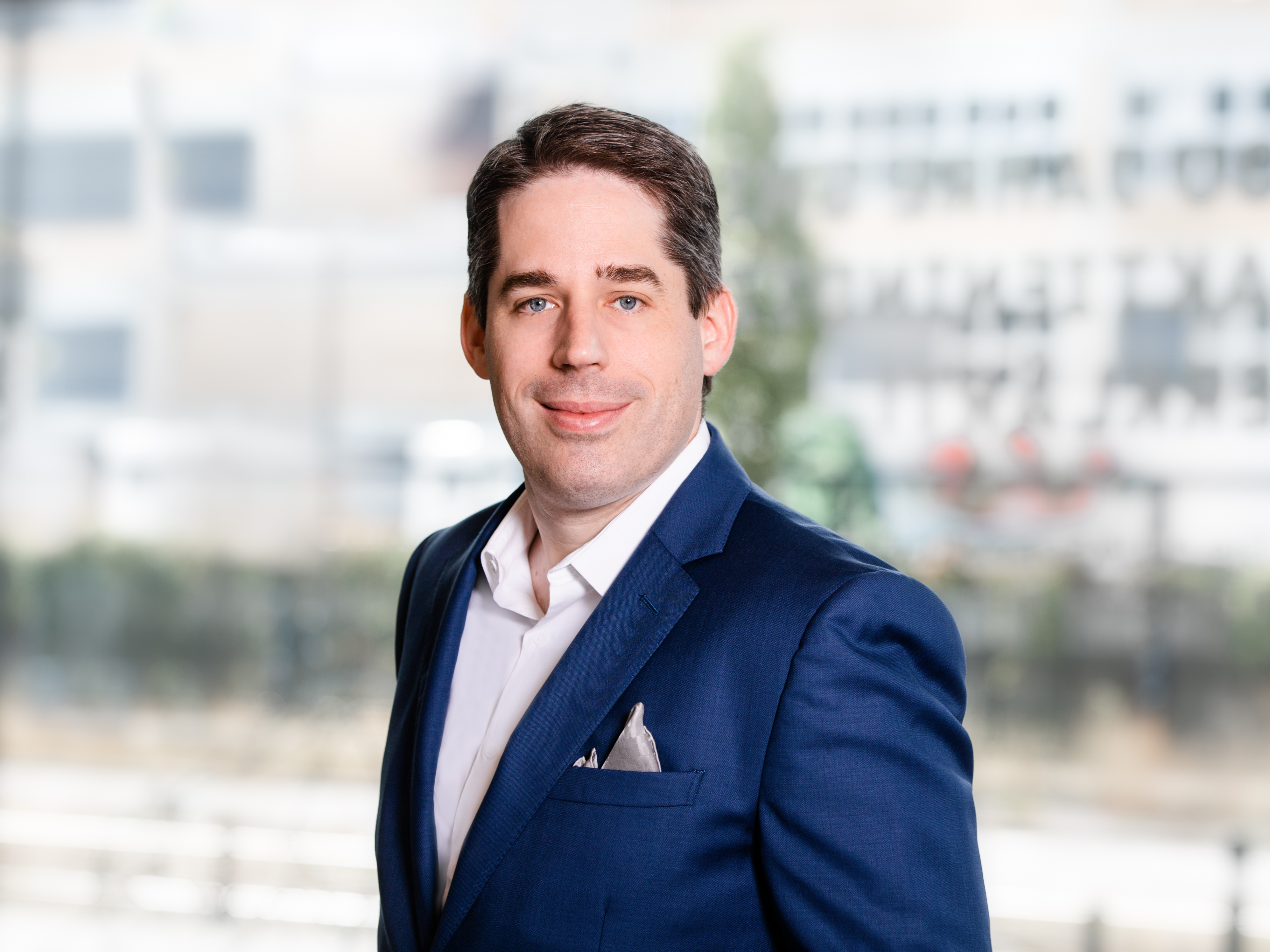 Ivo Sauter joined SIX Digital Exchange in July 2018 and is presently a member of the management team. He has more than 20 years of experience in the financial markets. Prior to SIX Digital Exchange, Ivo worked in Falcon Private Bank, Bank Julius Baer, Citibank and Credit Suisse. In his previous role as Head Trading & Operations at Falcon Private Bank he was also responsible for the conceptualization and launch of their crypto-asset offering. Ivo has a keen interest in Fintech, in particular the applications of Blockchain and its  regulatory implications. 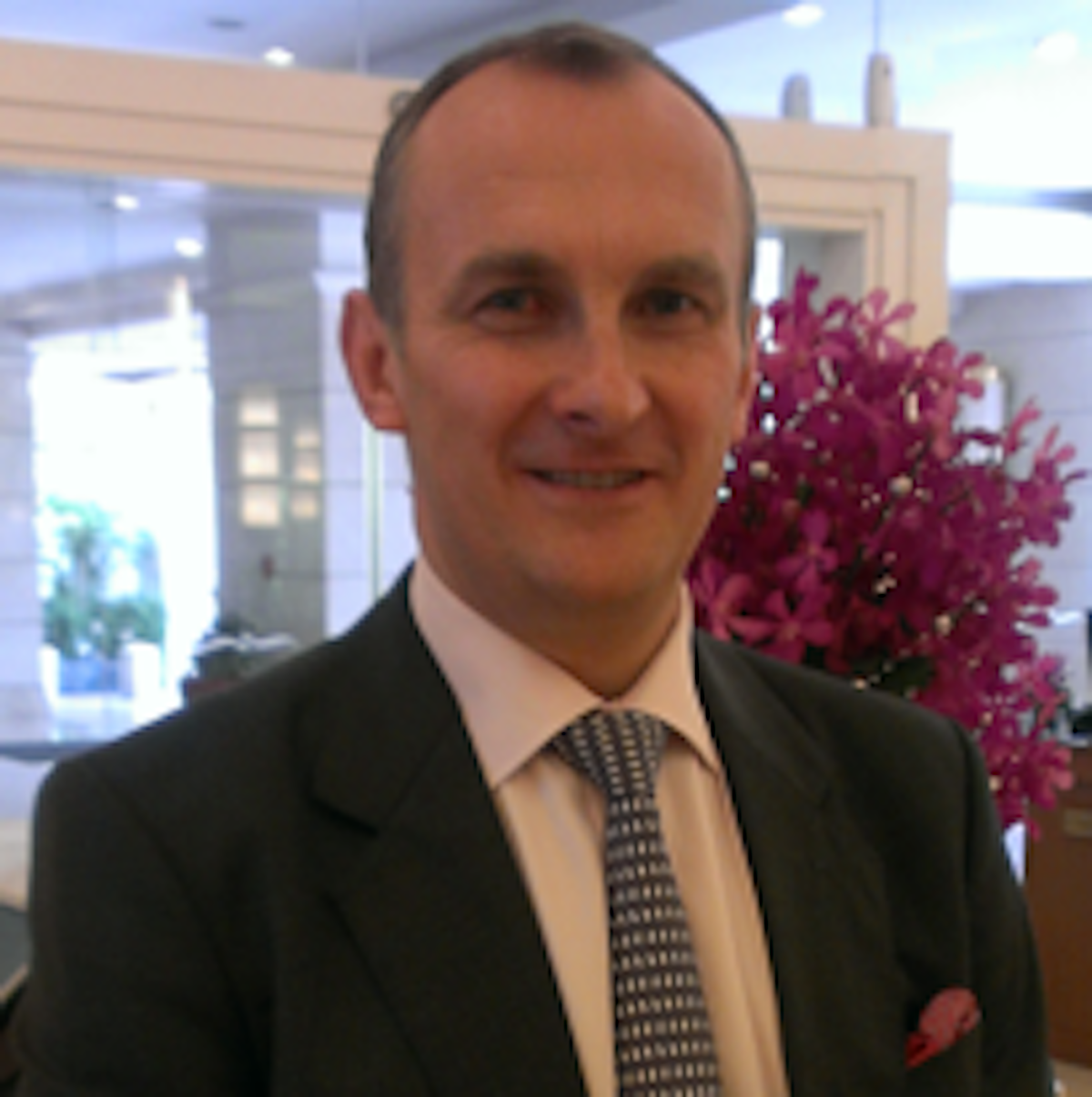 Brian is the CEO of BTA Consulting Limited (BTA) the most successful central markets consultancy group. Brian founded BTA in 1991 and since then BTA has advised more than 110 exchanges, CCP/CSD, regulatory, intermediary and IT clients in over 60 markets. He is ranked as the second highest Market Infrastructure consultant in the world, in Patrick Young’s “The World’s Most Influential People in Market Structure”. Brian is also ranked 13 in terms of market technology and 309 overall out of 1,000 persons.

His experience includes: advising the Ministry of Finance/EBRD and EU on the first Capital Markets Development Strategy across all asset classes for Poland following FTSE Russell Developed Market Status upgrade; Chief Finance and Technology Officer of PLUS Markets (2007-8) and SME MTF; advising the Warsaw Stock Exchange Group on its next 5-year strategy including some extremely innovative market solutions across all asset classes including commodities

Samuel Dionne | CVA in the News | One Comment
The association’s Asset Tokenization Paper defines best practice for the tokenization of assets in the Swiss blockchain ecosystem - The Crypto Valley Association (CVA), a leading global blockchain and cryptographic…

Samuel Dionne | CVA in the News | No Comments
The Swiss Federal Council adopted yesterday the dispatch on the framework conditions for DLT/blockchain that aims at increasing legal certainty, removing barriers for applications based on DLT and reducing the…

Samuel Dionne | Articles, CVA in the News | No Comments
Nyon, Switzerland, 22.11.2019 domino.vote is proud to announce the Corporate Sponsorship Agreement with the Crypto Valley Association, one of the world’s leading blockchain and cryptographic technology ecosystems. The agreement establishes…

Samuel Dionne | Articles, CVA in the News | No Comments
In September 2019, the Commission for Auditing of EXPERTsuisse ‒ the professional association of Swiss certified experts on auditing, taxes and fiduciary ‒ published a Q&A guidance on the audit…

Samuel Dionne | CVA in the News | No Comments
Both parties affirm their mutual interest in acknowledging, developing and promoting the fields of distributed ledger and related technologies to create business activity in Zurich and Switzerland, thus promoting the…

Samuel Dionne | CVA in the News | No Comments
New Chair Takes Over Western Chapter of CVA The association announces the assignment of new leadership in its Romandy Chapter, which will be continuing the efforts of the past structure. …